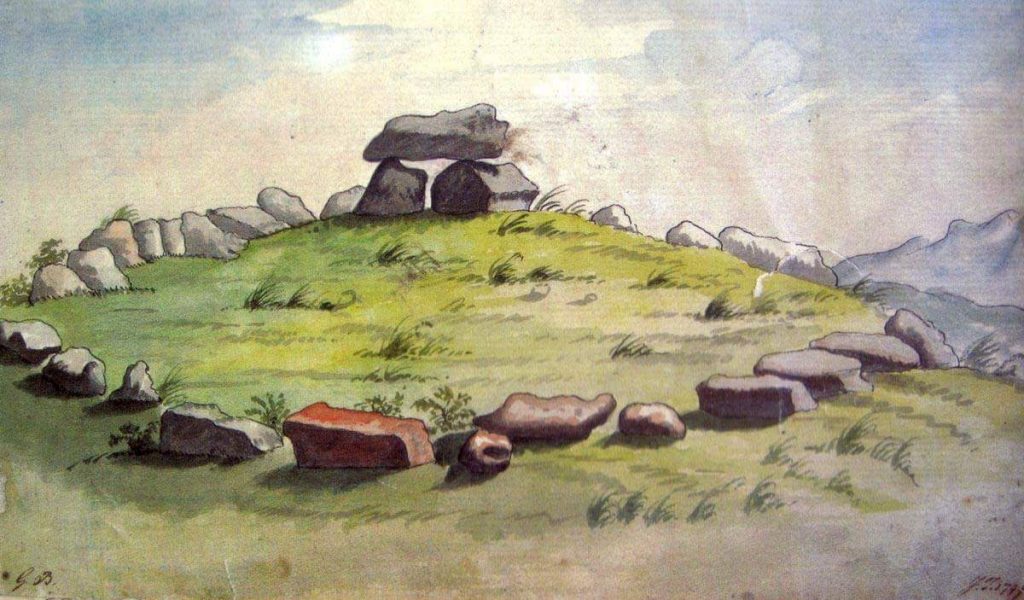 The matrix of landscape and ancient monuments in Sligo could be characterised as an imaginative continuum across almost six millennia.

The integration of landscape and natural places into a ‘monumentalised landscape’ was a creative act which triggered emotional and intellectual responses in people who visited, many of whom created further artistic work in response.

Some of the most powerful and memorable medieval Gaelic texts are set in Sligo landscapes around these monuments. These include the tragic love story Tóraíocht Dhiarmada agus Ghráinne, and Bruidean Ceise Corran the story of the Enchantment of Kesh Corran. Mythic accounts - like the Second Battle of Moytura - can be seen as archetypes that underlie many modern stories.

One can connect the stories set in ancient Sligo to such narratives as Sleeping Beauty, Star Wars and Game of Thrones. Accounts of goddesses and heroes in turn fired the imagination of writers of the nineteenth and twentieth century.

Yeats’ first novella, ‘John Sherman’ places the cairn on Knocknarea at the heart of the action. Yeats recounted his sense of discovery (echoing the personal experience of many visitors before and since) during his childhood in Sligo:

In modern times, musical and theatrical performances have been staged in the context of the monuments by groups such as the 'Blue Raincoat Theatre Company' of Sligo.

To protect these sites, ensure good relations with landowners, and have a positive experience when visiting Sligo Neolithic Landscapes ask you to: